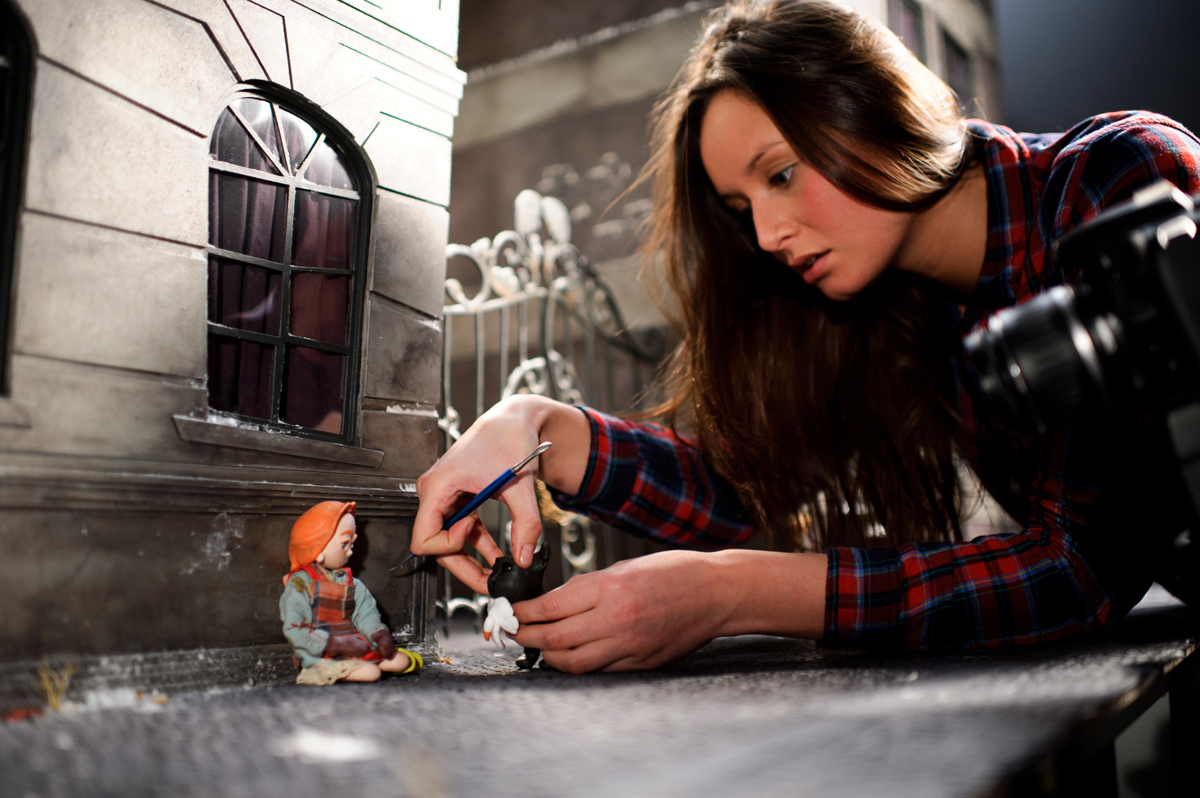 It all started a long time ago. In the past, I’ve tried to make an animation with a cat that was yawning and stretching. This was a good example of my lack of talent for timing. Too bad I can’t find it anywhere. About seven years later I tried it again in an animation class at the university for applied arts. We had to make an animation in one day. After this I knew I wanted to animate, but the teachers were not convinced.

In the first year of the animation studies we had to try out three of many ways of animation. 2D, stop motion and 3D animation. First we looked at 2D animation and I made a short about a little cactus plant who climbs out of his pot to find a balloon.

My favorite period was the one when we could make a stop motion short. The team in which I worked was very nice and we’re a perfect match. Marsha Onderstijn, Fieke Langenberg and I still like to work together and a long-lasting friendship evolved from this project. The film is a traditional fairytale with a sharp edge. We recently shortened the already short animation clip, because in our opinion it took to long to come to the point. This shortened version has no sound yet. This will hopefully change soon.

The most trouble I experienced, was with the 3D animation. The software, Maya, was really hard to understand. Luckily I’m not that bad at modelling.

At the end of the year we had to practice life action in combination with animation. We made special effects in compositing. The film I made with two fellow students, Evert van Veen and Bram van Zijl Forrest, is an interesting interpretation of the assignment. It’s about the legend of the Cernunos, a forest guardian.

In the following year I started practicing that what I liked te most in animation. Stop motion! Without knowing how, I started and tried to make something out of what I learned in the second year.

After all of these animations I knew I wanted to make stop motion animations. So I went out and found a company that could help me get closer to my dream. I did an internship at Pedri Animation BV. and made some big steps in learning ‘how to’ in the stop motion industry. First I animated falling nuts for the AH-app and made the beetroot presentable and animatable. When there was no work for me at the company I tried to practise my animation skills with an existing professional animation puppet. His name is Ludovic and I made him walk in different ways, fall, pick up a paper, be a valentine and make him pick up some blocks. But I even had some time to create a short with Ludovic and his friend. Soon I could help by animating objects and real people in a video clip of Marijn with 1000ways.

After all of this, summer break was coming and the end of my internship. I was really exited when they asked me te stay and help creating puppets and props for ‘Miffy The Movie’, at the end I even created some props entirely on my own (like the camel seat and the mirrored version of the zoo keepers hat). And my name being on the subtitles, is my first achievement!

After my internship, I was convinced I could make my own animation short and started with an ambitious plan for my graduation project. You can find the making of Shadowdreamer on MyFirstShort and If you want to see it send me an email with a motivation and I’ll sent you the link. 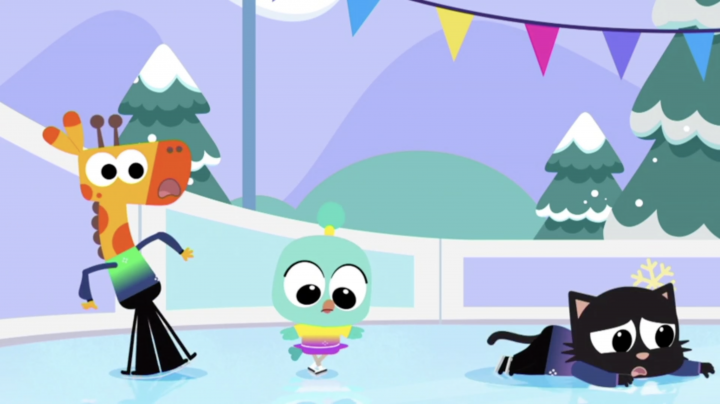